Forest guard is one of the best government jobs in 2021 which paid a decent amount of salary in hand as well as a well-reputed job in India. 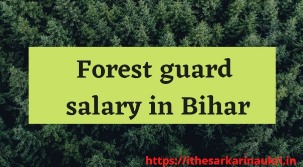 Where Basic pay of total salary is calculated using this pay band and including various allowances on the basic pay like Dearness Allowance, HRA, medical allowance, and many more.

Afterall including all basic pay and grade pay as well as all the allowance of a forest guard salary in Bihar is approximately INR 3,00,000/- to INR 5,00,000/- annually which is in hand salary

And on the monthly basis, CSBC Bihar Forest Guard’s salary would be approximately around INR 28,000/- including all the other allowances that would be offered as per the rule of the 7th pay commission. 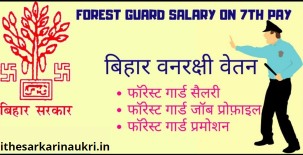 Salary of forester in Bihar

The salary of forester in Bihar 2021 is a decent amount that is Rs. 29200 to Rs. 92300 monthly in comparison of all the other state forester salary and

It’s a little hard to accept but yes it’s true that in Bihar forest guard promotion process is not like other government job departments i.e. there is not too much promotion in forest guard life.

According to Bihar gajat 2013, the rule is made for promotion in Bihar forest guard is maximum 5 promotion till the retirement i.e. new recruitment held on Forest guard

And they will be promoted to Vanpal and again after that vanpal promoted to officer of the forest area, according to promotion the Forest guard salary in Bihar is also increased

Generally in all over India, the forest guard uniform is the same color i.e. Khaki shirt and pant with their badges as per respected post and promotion

Like in the probation period (A period of job that you are newly joined and you are in a testing phase that are you suitable for the job or Not) of forest guard Bihar the dress is khaki uniform, shoulder sign, Wing band, and the Badge 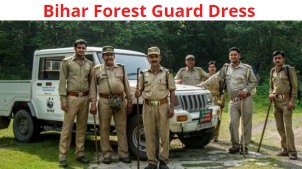 Whereas the cap and shoes of forest guard Bihar is khaki color cap and black color shoes, in other hands Dark green-colored cap and dark tan colored shoes of Vanpal of Bihar

After the completion of 10 years as in forest guard, they will be getting one shoulder stripe on their uniform and

After completion of 15 years, one more shoulder stripe will be added on their uniform that means

In uniform wing badge, Bihar Forest is written in English and the skandh badge is the combination of two-color i.e. dark green color and red color Patti

Where your age must be minimum of 18 years old and a maximum of 25 years old to apply the form where you go to two selection process first written exams and Second physical exams for the final process, 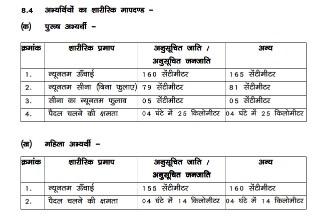 The job of Bihar forest Guard 2021

Where I get a job in Bihar forest guard?

In most cases, you will get the Job posting in Valmiki National park West Champaran Bettiah, Bihar, India

Where I get the training for the Bihar forest guard?

Is Bihar forest guard is a Government job like Bihar police constable? What is the retirement age of this job?

How much salary in the hand of Bihar forest Guard 2021

Is Forest guard a good job?

If you love the field duty and want to stay from the 5 to 9 circle jobs from the town area then it’s a good job for you where you see nature, not traffic

How is the life of a Bihar forest guard?

Its depend on the view and different type of taste of your minds but according to me, of course,

Can a forest guard become an officer?

But its very much time taking and whenever you become o forest officer the retirement age will be closer.

We try to solve all your queries which related to forest guard salary in Bihar, however, if you have any more question regarding This feel free to ask we give the answer as soon as possible